CSR is our way to integrate social concern into company values in a transparent and accountable manner. 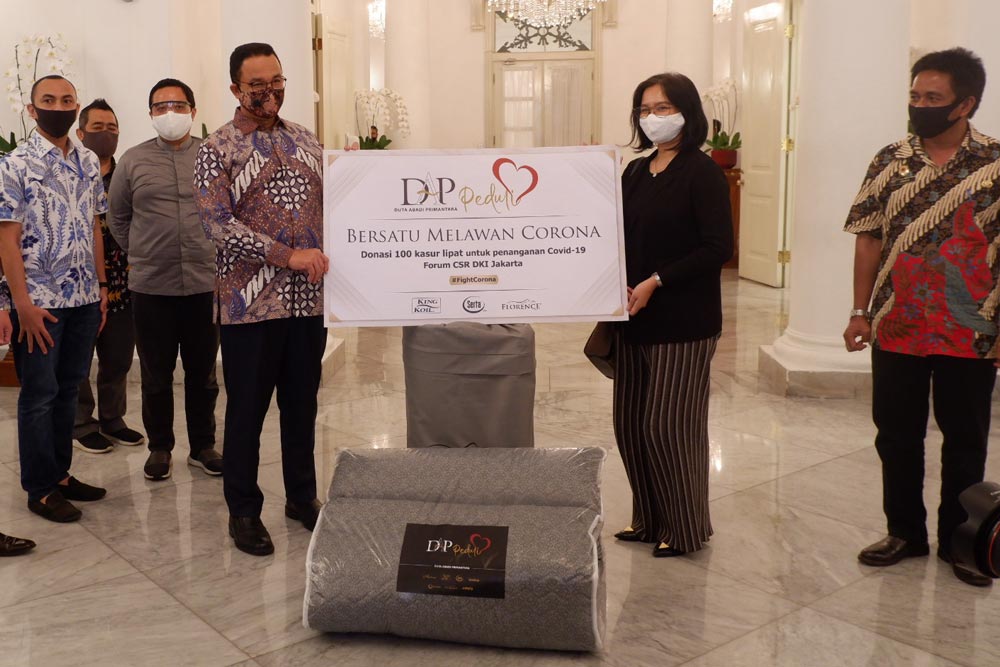 After several floods have hit Jakarta since the beginning of the year, Indonesia and the whole world is facing a Covid-19 outbreak that has paralyzed the country’s and the rest of the world’s economy.

The Corona virus, which began in Wuhan earlier this year, has alarmed the world because it has already taken a significant number of lives. WHO has also declared a Pandemic for this outbreak.

Indonesia began to be contaminated with the virus in early March, and since then many emergency policies have been implemented such as Work from Home, Physical Distancing and the closure of several malls, places of worship, offices and others.

DAP was moved to help the patients, doctors, nurses and hospital staff who were majorly impacted during the pandemic.

DAP was working together with the DKI Jakarta Provincial Government to donate foldable mattresses to the hospitals recorded in the health department as the Corona Healing Center.

The delivery of 100 foldable mattresses was carried out at the City Hall by Ms. Angela Antini and received directly by Mr. Anies Baswedan, the Governor of DKI Jakarta.